A small note that the last year has continued to bring trauma with a recent death in the family and a fractured ankle. As I literally get back on my feet I’ve asked a few other writers to be guests. Today, Calgary writer Jayne Barnard joins me. Feel free to ask some questions or leave comments.

KEYS TO A STRONG SERIES 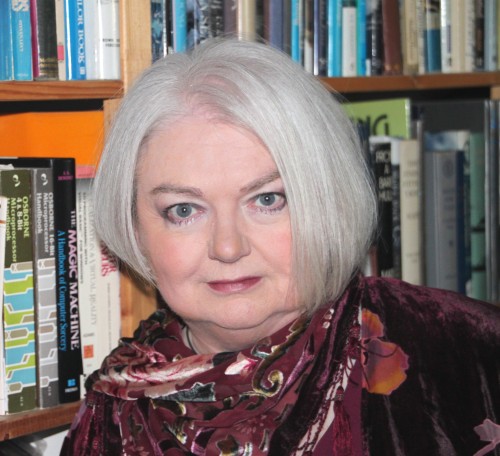 Every new mystery author dreams of landing a series. Many of us have several novels in mind with our lead character before the first one is finished. Yet how many of us recognize the many pitfalls to writing a series, in which every entry must be strong enough to both build our brand and pull our earliest readers forward?

Look for Maddie Hatter and the Deadly Diamond here.

True confession: I don’t have the best luck with planning series ahead of time. The award-winning Maddie Hatter trilogy began with a fun, fast, one-off book titled Maddie Hatter and the Deadly Diamond, into which I tossed every silly send-up I could think of, from Belgian detectives to games of Clue. Unexpectedly, the book received nominations for both the Prix Aurora and the Alberta Book Publishing Award, and the publisher wanted more. After a panicked week of pacing my office and shrieking, “I don’t know where the story goes next!” I finally found a couple of threads in the first book that I could pull gently forward into a second. Fortunately, Maddie Hatter and the Gilded Gauge worked out well enough to garner the same set of nominations, and was named the 2018 Alberta Book of the Year for Children & Young Adults by the Alberta Book Publishers Association.

For my second series, contemporary women’s suspense set in the Alberta foothills, the first manuscript was a finalist for the Debut Dagger in the UK and the Unhanged Arthur in Canada, but no publisher wanted it (A sad truth: some manuscripts are beloved of juries but not of publishers or agents). The second manuscript, with the same female lead—ex-Mountie Lacey McCrae—won the Unhanged and was picked up by Dundurn Press. The catch: they wanted that book and two further ones, but not the “first” book. In a rushed set of edits, I had to turn that second book into a first one, and shape a new series hook that would carry Lacey, and the readers, further into her future than I had planned.

The solution in both cases came from the same place: characters’ back stories. Somewhere in the history you gave them, perhaps planned or possibly on the spur of an inspired moment, is a clue that will lead you to a successful sequel, and forward through a series.Each book in a series has a central story question that must be answered, and it may or may not relate directly to the central series question. Both are important. One must carry a book, the other a series. In Flood the central story question is, “Can Lacey save Dee from a midnight prowler who may or may not be her ex-husband?”

The character arcs must also be addressed. The arc of the series protagonist must be visible in every book, and it must advance in some way during each book. It can evolve independent of each particular novel’s plot but is strongest when it is thematically or structurally related to that plot. Lacey’s own marriage, and her attitudes to relationships because of it, shape how she responds to Dee’s troubles, and how she interprets clues, even though we don’t learn a lot about the marriage during When the Flood Falls. In Where the Ice Falls (Dundurn, July 2019) we’ll see more events from her marriage and her RCMP career that impact events in that plot. 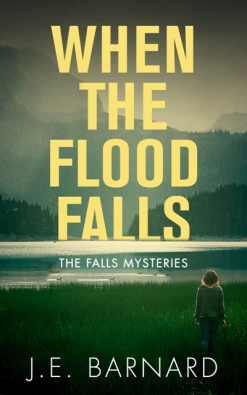 When the Flood Falls can be found at Amazon.

While a secondary character’s story arc can be made central to a single book, like Dee’s danger is in Flood, it can also remain almost invisible until it’s needed in a future book. So, to think about the characters standing around the edges of your current project. Give them hints of a life beyond their immediate function. You’ll thank yourself later.

The series question must matter intensely to the character—and the readers—and yet be readily separated into segments partially resolved in each book successive book. Lacey’s marriage is present from the first chapter of the first book to the final chapter of the third. Early in Flood we are presented with the question: What happened in that marriage that drove Lacey not only out of her career but five mountain ranges away from her husband, and what’s she going to do about it?” Right up to that last chapter of that last book, we want the reader on that journey of self-discovery and growth right beside Lacey.

Your series question won’t be the same as mine, but take time to think about all its possibilities before you get too far into your series. Readers can feel it when the tension has left the central series question, and their emotional investment in your series will sink just about as quickly. Dig deep. Agents, editors, and readers will thank you for it.

To recap, a series needs:

Bonus points if there’s a theme that ties all your books together. Mine is “Falls” as in both the nearby Elbow Falls—grounding in a place—and “everything falls apart,” which it continually does in Lacey’s world, usually at the moment when she about to get Life back under control.

JE (Jayne) Barnard is a Calgary-based crime writer with 25 years of award-winning short fiction and children’s literature behind her. Author of the popular Maddie Hatter Adventures (Tyche Books), and now The Falls Mysteries (Dundurn Press), she’s won the Dundurn Unhanged Arthur, the Bony Pete, and the Saskatchewan Writers Guild Award. Her works were shortlisted for the Prix Aurora (twice), the UK Debut Dagger, the Book Publishing in Alberta Award (twice), and three Great Canadian Story prizes. Jayne is a past VP of Crime Writers of Canada, a founder of Calgary Crime Writers, and a member of Sisters in Crime. Her most recent book is When the Flood Falls and her upcoming one is Where the Ice Falls, both small-town psychological thrillers firmly rooted in the Alberta foothills west of Calgary.

You can follow JE Barnard through the following media:

About When the Flood Falls: Her career in tatters and her marriage receding in the rear-view mirror, ex-RCMP corporal Lacey McCrae trades her uniform for a tool belt and the Lower Mainland for the foothills west of Calgary. Amid the oil barons, hockey stars, and other high rollers who inhabit the wilderness playground is her old university roommate, Dee Phillips. Dee’s glossy life was shattered by a reckless driver; now she’s haunted by a nighttime prowler only she can hear. As snowmelt swells the icy river, crashing whole trees against the only bridge back to civilization, Lacey must make the call: assume Dee’s in danger and get her out of there, or decide the prowler is imaginary and stay, cut off from help if the bridge goes under. Can she find one true clue either way before Mother Nature make the decision for her? Can they both survive until the floodwaters fall?