Bigotry and the Dumbing Down of the US

The US continues to perpetuate the stereotype that Americans are stupid. There is always a truth in a stereotype. While I know many 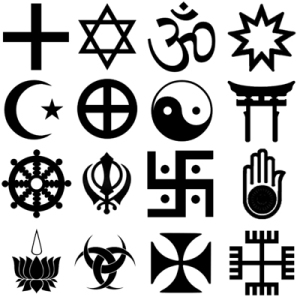 intelligent Americans I wonder at the great gobbets of them who have such a bigoted and kneejerk reaction as to stop using their faculties for reasoning, deduction and fairness. No political system is perfect and really, democracy only works with 100 people or less (in my opinion) before its edges get a little rough.

Nine years after 9/11 and the stupidity seems to be mounting, not lessening. Certain small-minded, fear-laden people are equating the building of a mosque near ground zero with terrorism and other silly notions. They’ve used such rabid comments even in their Republican and Tea Party campaigns. What comments? Oh, let’s see, equating a Muslim to a terrorist, showing a picture of a nearly stereotypical turban-wearing man as a terrorist, calling candidates of Lebanese descent (and Christian) as being Arab. The amount of ignorance, fear mongering and bigotry is astounding.

Now, not all republicans are bad, or so right wing that they can only see sideways, but this attitude that everyone of the Muslim faith is a jihadist terrorist is outright ridiculous and dangerous. Why dangerous? Well if someone kept calling me a terrorist or some other nasty phrase when I was not I would tend to be less forgiving of anything they did and maybe just maybe would decide that if I was already branded then I may as well play the part.  The best way to show the idiocy of such allegations and get sense into the thickening skulls of such people is to give a comparison. If all terrorists are Muslim and therefore all Muslims are terrorists, then all Klu Klux Klan members are Christian and all Christians are KKK. And what is KKK but a terrorist group too? Well, you say, that’s only KKK and they’re a freakish group but not the same as terrorists. Still, the overt labeling is dangerous and inaccurate.

If a man has an obsession with eating pickles and then kills someone, is it because of the pickles or the man? If someone reads a murder mystery and decides to commit a crime that might just resemble that story, is it the story’s fault or the person’s. Responsibility and choices lie with the individual and very few groups all think the same. I talk specifically of religious groups. There are orthodox and non-orthodox, liberal and conservative aspects to most religious paths, as well as branches and branches. Look at Christianity, Buddhism, Judaism, Muslim faiths. There are many varieties on the theme.

The mosque in New York would be like mosques everywhere else. They have not said that the mosque’s agenda is to teach terrorism and it’s retarded (how can you tell that this makes me angry) to believe that’s the mandate. I know several Muslims who are quiet about their faith, like many Christians or Jews. Here’s another question: should a religion move into another country and plant its religion doing missionary work and pushing its faith on the people who have other traditions. Think of all those early Christian missionaries and the ones today, going all over the world to do “good works” but in the process trying to convert people. In the past that conversion was often accompanied my abuse and murder.

I’m not that astounded that people are so biased as to not see clearly and whine about the mosque in New York. But I am astounded at some of the campaigns going around with outright racism and bigotry in their messages. Like you can run a country on denouncing terrorists and prejudicing people against those who are innocent. Can anyone say Hitler? I don’t expect any American to read this who thinks there should be no mosque at ground zero. What would be best of all would be a temple/church/altar of every faith in a circle at ground zero. Now that would show that perhaps the faiths can come together and let everyone be, in peace.

Politics, the Religious Right and Books

Interesting discussions have come up of late about “Left Behind” books. I hadn’t even heard of these before but it seems they’re tales written by and for the Christian extreme right, the fundamentalists, and portray apocalyptic views. Mostly the earth opens and people are tossed down to Hell, usually by Jesus. Errr…excuse me? Jesus? Wasn’t he the guy that said love thy neighbor and if you are without sin, you can throw the first stone? Wasn’t it Jesus who preached compassion and love and all that stuff?

I’m just amazed at fundamental right-wing Christians who follow these views portrayed in such fantastical books and then try to say they’re loving and compassionate. To me it doesn’t seem that you should be separating good works and compassion by race, gender or religion. Love thy neighbor stands even if he is a Muslim or she a Buddhist, or gay. You don’t pick and choose who to love equally.

Now, over in some of the Middle Eastern countries we have views just as extreme about wiping out unbelievers, smiting them and therefore, even if you blow yourself up, you’ll get to Heaven. Their way is the only way and everyone else is a heathen.

So, when you die, whether you blow yourself up in holy righteousness taking down “those sinners,” or whether you’re blown up by some right-wing fundamentalist, you’re still going to end up in the same Heaven? The Heaven that will have black and white and brown people, men and women, gay and straight, Jews, Muslims and Christians?

Oh and isn’t converting by the sword or the gun kind of pointless, because someone will say what they must to survive but don’t you want the belief to be in their heart and soul, not just on their lips? It seems to me (who is not Jewish, Christian nor Muslim) that a little compassion and loving thy fellow being might just make conversion a bit more sincere.

Fundamentalists, no matter which religious paint brush you color them with, are scary creatures. Why? Because they’re so afraid of views that don’t agree with their own, that there might possibly be more than one right path, that they will do anything to tamp that down. Anything, like shoot doctors who perform abortions, bomb those who aren’t following their view, trashing religious buildings that they see as offensive. They believe that everyone who isn’t of their religious viewpoint are godless heathens and therefore evil, ready for Hell. The same fundamentalists who think invading Afghanistan was the correct thing to save people from the right-wing Taliban, are often the same, that if they had their ways would be pushing their religious views onto everyone else. (Not that the religious subjugation of so many people didn’t need to be addressed.) Take Sarah Palin, who believes she is on the right path because God is paving it for her. Well, then, her God-given right will mean that she’ll be less likely to listen to other evildoers if she ever holds more power than she already does.

Recent discussion on one writer’s list has ranged from disbelief that these Left Behind books would be listed under SF and fantasy, to others saying where else would you put them; they’re completely fantastical. Whichever it is, I can say one thing. If it is one God for Jews, Muslims and Christians and therefore one Heaven, I think I’d rather stay down here and be Left Behind then end up with all the Evangelicals and Jihadists. Heaven must be a pretty scary place.