Well, Happy New Year, everyone. I’ve been a bit slow out of the gate and just a little busy. I’ve mentioned before that I’m co-editing Tesseracts 17. Eventually I’ll post some demographics here such as how many submissions from different regions, how many men and women, poetry to fiction, ghost stories, future SF, etc. etc. I’m working on another proposal with someone and there will be more news on that once everything is confirmed. 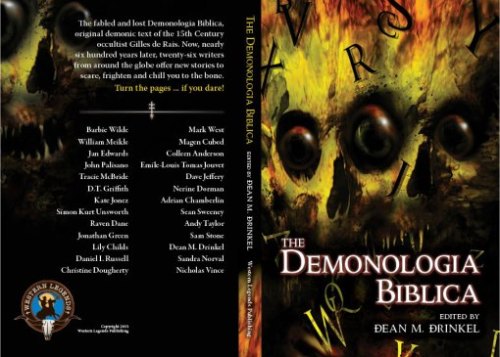 In the meantime, stay tuned. I have three stories coming out in February:

“Tower of Strength” is an alternate history tale during Biblical times, and the other two are darker tales though “The Blade” has some redemption in it. “The Blade” came about originally from an exercise. Back when I was in an offshoot, sporadic and short-lived writing group we did an exercise to write about an inanimate object. I wrote a page or two about a blade.

The Elric books, from Ace, with the covers I loved.

This was inspired in part by Michael Moorcock’s Elric of Melnibone series that I read eons ago. I love the books (I think there were six but relatively slim tomes) about an albino lord of another world, elven or elven like, who was cursed to own a blade that demanded blood. When he pulled the sword, he was all-powerful but it demanded to be fed and took the lives of many. Elric was feared and had lost those he loved. He hated the blade but was tied inevitably to it, cursed to always carry it.

It’s been a long time since I read the Elric books but they stuck with me and I had a poster for years because I loved the art on the covers. But when I wrote the exercise from the blade’s point of view (whereas Elric was the viewpoint character), I stopped after those two pages because I had no idea what to do with it. It sat for quite a few years but I never throw out those half formed ideas. Then last fall I had an idea on how to finish the story, how to take that blade’s personality and make it so that it controlled the character, the inanimate animating the animate.

Then Dean Drinkel, editor for Demonologia Biblica sent me an invite. I met Dean at British Fantasy Con in 2011. The anthology is a collection of tales about demons from A-Z. What better way to describe a blade that possesses a personality and a taste for blood. So this tale while perhaps not a demon of flesh and blood, is about a demon that does possess flesh and blood. It fit well enough for the anthology it’s almost as if a demon laid in the idea for me to finish it, just before Dean contacted me. Fairly perfect timing. I’m sure this will be available online so stay tuned.