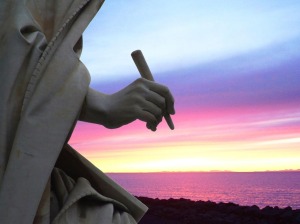 I’ve had an incredibly expensive and busy week, with no time to write or rant on the blog (besides the Fluevog review). So I’m just going to ramble about what’s going on with me, a rarity when it gets to general day-to-day stuff. About a month ago I put my back out. This is unfortunately a semi regular event for me. In the realm of symptoms for chronic myofascial pain syndrome is tight muscles that have forgotten how to relax, therefore causing trigger point nodules of pain. I also have loose ligaments, so common movements can cause the muscles to pull my ribs out and the ligaments won’t hold them in place.  Yes, it is painful and makes it difficult to sleep, breathe or move at times.

That took a couple of weeks to settle down and I stopped working out for that time. Then I was lazy and busy and I missed another two weeks. Now I’m back to working out, realizing I miss bellydancing (haven’t taught in about four months) and have to get more dancing in. It is the easiest and most fun type of exercise for me.

I’m dealing with ribs still doing their own thing, a couple of rush editing projects and attempts to write a story before the end of the month for the Rannu competition. Of course, at this point, it’s all in my head and not down on paper. I have three weeks to kickstart myself. The reprint collection is ready to be checked over by a friend and then I’ll try formatting it for Smashwords first.

These spots are just some of the areas where myofascial pain can set in, sometimes all at once. Creative commons: from docakilah.com

Besides the dumb rib issue, I’ve had to get a crown on a cracked tooth, which is becoming more complicated, and that’s not a cheap venture. And…it looks like one of my not very old, yet still sucky, tires may have to be replaced from a flat a few weeks back. The tire was okay but doesn’t seem completely right. I’ve started a new series of poems, which I began in March, where I wrote two new stories, rewrote two others and started the poems. The series will have thirteen in all, and be about witches, but with a Canadian twist. Two are done, two more being worked on. No idea how long it will take to finish this series but I’ll start sending out some of the individual poems. And I’ll get something done for the Rannu competition. I work better to deadlines so it’s always good to grab one.

Energy is always an issue. With spring finally seeming to have hit Vancouver–we actually had a warm enough weekend to go without jackets–I’m waking up a bit earlier and easier. I’m battling back anemia  and sometimes the myofascial pain adds its on dimension of fatigue. And sometimes I don’t manage my time well. But I have lots to do, including repainting and reorganizing my den and writing writing writing. Spring cleaning is sometimes an ongoing thing, and writing is a constant even if it happens in fits and starts.