Vancouver seems to have its head up the exhaust pipe when it comes to transportation. World class city, right? World class transportation? Not yet. Okay, they tried with the new Canada line from downtown to the airport and that’s great for the long distance traveler and it does service a couple of campuses so that’s a plus. Of course they’ve been putting off the line going east that would run to Maple Ridge, Burnaby and Coquitlam where a majority of commuters come from.

When we look at the cost of riding public transportation the Greater Vancouver Regional District (GVRD) works under the belief of punishing people for distance. The farther out you live the more you pay. Of course the farther out you live the more beneficial it would be for you to take public transit. On a cost to the consumer basis Greater Vancouver runs on three zones. I don’t take public transit if I can help it for the following reasons: it’s more expensive than putting gas in my car, which of course makes driving my car more convenient as I don’t have to get up as early, struggle to find space or wait, should I miss the bus/ or it be too full. I also don’t have to worry about sitting beside drunks, perverts or thugs (and I have had experiences with two of those on public transit in the past), and I don’t have to worry about getting mugged at a station. 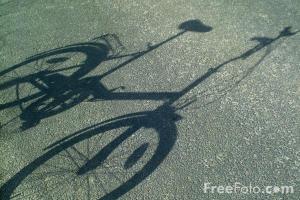 , with a population over 20 million, make their transit fairly cheap because they don’t want even 10 million cars driving into the center (the pollution alone is enough to take people down). But not all cities are that big. Still, places like Calgary and other large cities have either free transit in the downtown core or one price for all areas. The cheaper you make it, the more people will use it. The more expensive it is guarantees that people will stick to their cars. But Vancouver doesn’t seem to see that. Sure there is a cost to running these services but I think lower rates and increased users would work better and still cover the same budget if not increase the revenues.

The other major stupidity in transportation planning as far as SkyTrain goes is that they cut service to it at 12:30 on all evenings. If I wanted to go downtown and not  drive, I would be left with the very sporadic bus service or expensive taxis. People coming from farther out of town are less likely to take transit to go drinking. It would be the safest thing if Translink ran the SkyTrain through the night, maybe on the hour and the half hour. Then, no matter what time you leave a club you know you can get home quickly. Somehow the great minds of Translink have never figured this out.

Now Vancouver has also gone on a green kick, which is not a bad thing. However being green or “eco” has become a catch phrase for popularity and sometimes the thinking behind it is lacking. Vancouver decided to put in bike lanes, not a small lane,  with a painted line that runs beside the car lanes, but a full car lane, girded with concrete blocks for the masses of bicyclists to ride through in relative safety. This isn’t a bad thing in and of itself. After all, it’s a pretty scary prospect to bike through commuter traffic every day.

The problem stems partly from the fact that downtown Vancouver is accessible mostly by bridges: Burrard St., Cambie St., and the Georgia viaduct ramps. There are a couple of other ways into downtown but those three are the major routes. Two of the bike lanes use two of these routes, though one is more after the ramp.  The Burrard St. bike lane doesn’t seem to have affected much but the one that runs along Hornby St. closed off accessibility to certain business, such as the Railway Club, making it difficult for deliveries, or musicians setting up. And now you cannot turn right to go to the BCIT campus but must do a loop de loop around. Why they didn’t pick one of the other streets that are less traffic laden, I don’t know. They want to encourage people to use bikes but there are numerous people who must use cars whether for health or the vagaries of their jobs and making driving more inconvenient isn’t the way to go.

The other odd thing about all these proactive bike lanes is that there are very few cyclists using them. I’ve been downtown in the morning and afternoon rush hours and times in between and I’ve never seen more than three cyclists in the lane. Now I don’t work downtown regularly so maybe every time I’ve been down it’s been an exception. However, a friend who does work downtown says they are empty most of the time. These lanes are the size of a car lane and they seem to be very spacious for a so few cyclists. So why is Vancouver, burdened with a $20 million dollar debt, thinking of building yet another one? Do we really need it? It’s eco-friendly, it’s cyclist friendly but is it really going to make a difference or just making commuting more difficult?

I’ve already outlined the issues with people coming in from the eastern cities and the reluctance with the cost of public transit. Those same people have to deal with empty bike lanes on major arteries helping to clog the city’s heart. It’s not the way to make it work. Put up large transit lots in a few areas outside the downtown core where people can park and take free transit or nominally priced transit into the city core, or even rent a bike. Make transit cheaper for those farther out. That would help, but going backwards and charging people more and more the farther they must commute will never get people on the side of commuting with public transit. Vancouver has to learn how to dangle a carrot and make public transit and commuting a pleasant experience.